The “iCarly” reboot, which launched on Paramount+ on June 17, is just a few months old with 13 episodes completing its first season. The series was quickly renewed after it had been available for streaming for about a month; Deadline reported the news on July 15, calling the show “one of Paramount+’s most-streamed titles.” That’s great news for fans of Carly Shay (Miranda Cosgrove), one of television’s first fictional internet celebrities, and her close-knit group of friends and family who all reside in the Bushwell Plaza building in Seattle.

The first season was chock full of throwbacks and guest stars from the original teen-oriented Nickelodeon series, which aired from 2007-2012. It stayed true to its humorous, charming roots, even as it tracks a more mature Carly in her attempts to be relevant nine years after she quit her web show. With another season now confirmed, that trend could very well continue in the second season. Here’s what we know so far about “iCarly” Season 2.

When will the iCarly reboot Season 2 be released? 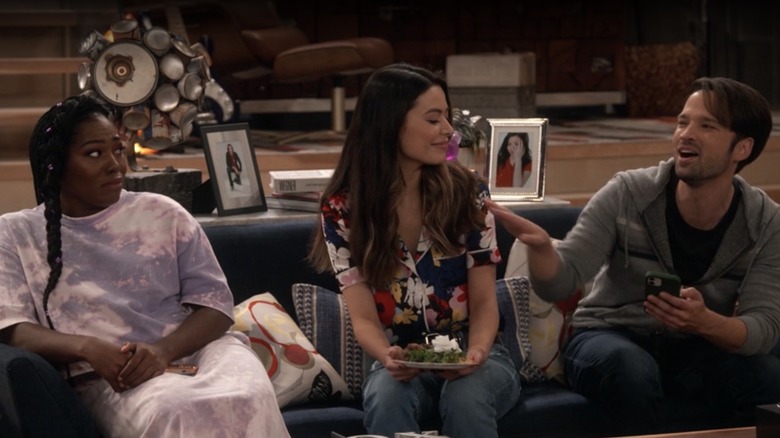 Deadline reported that “iCarly” is supposed to recommence production in the fall, which means it’s in the process of pre-production right now. An interview with showrunner Ali Schouten in Entertainment Weekly on August 25 confirmed that the team was in the middle of writing the scripts. With that in mind, it’s possible the next episodes will air about a year after the first season did, around June 2022. But it’s too early to know for sure and there hasn’t been any official announcement of a timeline.

However, if you’re impatient, there is some good news. “iCarly” seems to have a particularly fast turnaround time, given that production on the first season started in mid-March 2021, as confirmed by a Nickelodeon press release, and it started airing just three months later. If it follows that schedule again, fans could have more of the ‘iCarly” reboot as soon as January 2022. That would be the best-case scenario.

Who’s in the cast of iCarly Season 2? 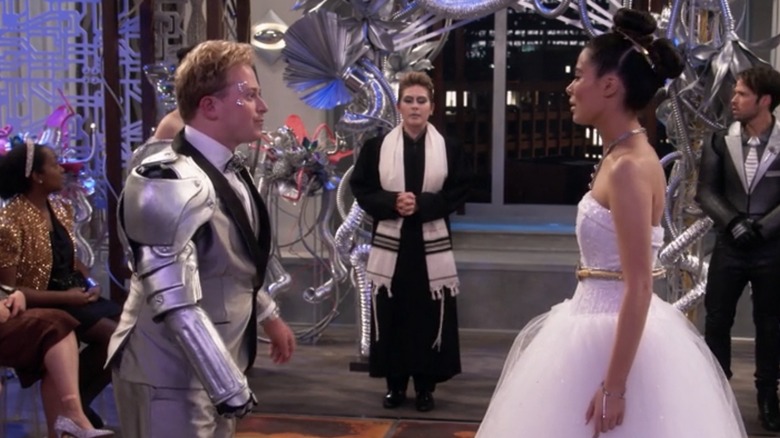 The first season saw plenty of fun guest stars who were originally in the first “iCarly,” including Mary Scheer as Freddie’s mom Marissa Benson, Reed Alexander as iCarly’s old arch-rival, Nevel Papperman, Tim Russ as Principal Franklin, and Danielle Morrow as stalker Nora Dershlit. Cosgrove, in a YouTube interview with Brazilian outlet Foquinha, said, “We are trying to get as many people back from the original series as possible,” noting that she hopes Lewbert (Jeremy Rowley) and T-Bo (Boogie) will return in the next season.

“I love having characters from the original back,” Schouten said (via Entertainment Weekly), explaining that a big part of any return involves gauging interest and then finding creative ways to bring those characters back to the fold. The showrunner also mentioned something about Trainor wanting his never-seen friend Socko to appear, and that they’d enjoy having Victoria Justice as well. Fans would love that, too!

Unlikely to appear is Jennette McCurdy, who co-starred in the original “iCarly” as Carly’s best friend Sam. McCurdy did not appear in Season 1 of the reboot and seems to have retired from acting.

What is the plot of the iCarly reboot Season 2? 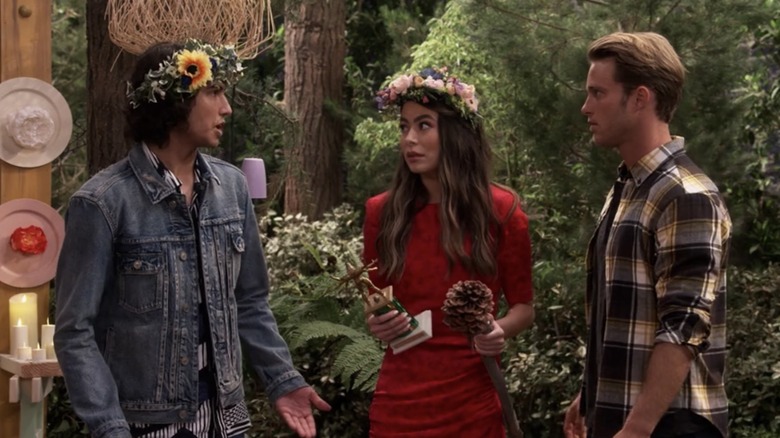 If you’ve been watching the “iCarly” reboot, you know that the 13th and final episode of the season ends on a cliffhanger. Two men (neither of them Freddie, sorry, Creddie shippers) declared their love for Carly right before she and her friends were rescued from their campsite. So one thing the second season has to do is get Carly to choose between new beau Wes (Josh Plasse) and old boyfriend Beau (Conor Husting), who broke up with her in the pilot.

In addition to resolving that storyline, which will be done pretty quickly in “a very ‘iCarly’ way,” Schouten told EW, the showrunner says that she wants to do an early episode tackling a serious issue: what it means to be a woman on the internet. “Originally, Carly was the first of her kind, she was one of the first content creators — now they’re everywhere,” Schouten said. “And women in particular face a certain set of challenges that Carly would be facing, and that we should and will be looking at.”

Beyond that, though, viewers may just have to wait until Season 2 comes to find out what’s in store for Carly and friends.